LEGAL HELPLINE: ☎ 855 804 7125
Medical malpractice lawyers in Canada take legal action in only a very small percentage of the potential claims for damages for mistakes caused by those who provide medical care in Canada. It is estimated that medical malpractice contributes to about 40,000 deaths in Canada every year and that medical errors could theoretically generate over 100,000 lawsuits every year. Most people who are injured either do not know that their condition was caused by negligence or do not bother to make what would be a justified claim and as a result less than one percent of those who are entitled to claim actually do so. Almost two thirds of those cases issued in a court of law fail in due course because the court dismissed the claim or the victim or the victim's family quit, ran out of money or died before trial. Healthcare professionals including specialists, doctors, nurses, pharmacists, dentists, medical technicians and alternative health practitioners including chiropractors are negligent if the treatment of a patient, under their care, has fallen below the minimum standard which the medical profession regards as acceptable. Most doctors are defended by the Canadian Medical Protection Association which has approximately $3 billion in assets which is more than sufficient for waging protracted legal battles.

Doctors are required to stay current in their knowledge of treatment methods and to meet a reasonable standard of care and failure to do so may make them liable to pay compensation for any injuries that result from their sub-standard care. The courts maintain that doctors have a duty to conduct their practice in accordance with the conduct of a prudent and diligent doctor in similar circumstances and that specialists have a duty to exercise the degree of skill and knowledge of an average specialist in that particular field. The effect of this is that there are no absolute standards and a healthcare professional will be judged by average competent standards assessed on the basis of what was known or should have known at the time of the alleged negligence.

A doctor not only has a duty to ensure that a patient receives a reasonable standard of care but must also keep the patient fully informed about their proposed treatment in order that the patent can make sensible informed decisions about any medication or procedures that the health care professional may suggest is carried out. If injury occurs and the physician has not abided by his duty to inform and the patient can prove that they would not have consented if they had been in possession of all the facts then that physician is guilty of malpractice and will be liable to pay compensatory damages to the patient. The physician must make full disclosure all material risks incident to the treatment unless doing so would impair urgent medical treatment.

If the defendant in a clinical negligence case acted unlawfully, the plaintiff is entitled to instruct a medical malpractice lawyer to claim compensation sufficient to place him in the position that he was in immediately prior to the defendant's negligent act. A settlement in a Canadian law court may include both actual losses and punitive damages :

In circumstances where the evidence establishes that negligence is the result of behavior that is reckless or is with a conscious disregard to the results of the wrongful acts then an award of punitive damages against the negligent physician may be appropriate.

If liability is established then compensation is payable for all actual losses that have been suffered by the injured party. A settlement is divided into two categories as follows:-

Special Damages can be accurately calculated and include past and future loss of earnings, medical expenses for the past and the future and other losses and expenses that have been reasonably incurred.

General Damages are difficult to calculate accurately and include physical and emotional pain and suffering, loss of the enjoyment of life and psychological injuries such as depression or post traumatic stress disorder.

In addition to showing that there was negligence it is also necessary for a medical malpractice lawyer to show that the negligence actually caused some injury or harm to the patient. It is usually necessary to establish the natural progression of the illness and the likely outcome if non-negligent treatment had been given in order to compare the outcome following the negligent treatment. If injury and damage are proved by medical malpractice lawyers to be caused as a result of negligence by a health care provider then compensation may include financial awards for:-

If you discover that you have been injured because of erroneous medical treatment you should see a medical malpractice lawyer as soon as possible. Please bear in mind that after finding fault for negligence, the damages awarded for personal injury are usually 'compensatory' and rarely 'punitive'. Punitive damages or exemplary damages, are damages intended to reform or deter the defendant and others from engaging in conduct like that which formed the basis of the lawsuit. The huge awards depicted often on television are punitive - meant to punish someone. Large punitive damages do not usually happen in Canada and a claimant must therefore be realistic both in regard to liability and the amount of the award. 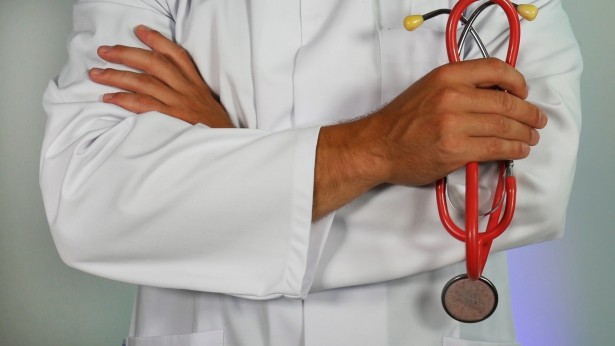 There are a number of potential defences under medical malpractice law available to those who represent allegedly negligent healthcare professionals which include the doctrines of "accepted practice," "respected minority" and "error of judgement". If the person providing the treatment can show that the actions that caused the injury were errors of judgement as opposed to negligent actions, that the practice followed was accepted by other competent physicians and that the injury was merely an unfortunate result or that a body of respectable doctors would act in a way which deviates from the standard practice, then the doctor may avoid liability unless negligence can be proven. There are time limits within which a claim must either be settled or legal proceedings must be issued by a court of law and failure to take action before the expiry of the statute of limitations may mean that the chance to obtain damages is lost forever.

Arbitration is often advocated as the best solution however most cases cannot be decided justly without all of the factual information being available. This can only be brought about by the full application of medical malpractice law in judicial discovery procedures and in arbitration there may not be full discovery of all documentation. Arbitration involves the plaintiff and the physician each appointing an arbitrator and these two arbitrators then select a third. This system is fraught with difficulty because there is the natural tendency for both sides to select biased arbitrators. Difficulty may then be encountered in selecting the third "impartial" arbitrator. In minor cases arbitration may be appropriate however in a substantial case it is preferable to rely on general medical malpractice law and take the matter to trial.

Before any firm of medical malpractice lawyers will take a case on a contingency fees basis they will want to be sure that current law supports the case and that the claim has a reasonable chance of success otherwise he will be wasting the time and effort that goes into pursuing unsuccessful legal proceedings. Medical malpractice lawyers who work on a contingency fees basis only get paid if the claim is successful. If the case is unsuccessful the client does not pay the lawyer who receives nothing for his time and effort.

The key factor to success in a clinical negligence action is the accurate review and interpretation of the clinical records. There is just no point in starting legal proceedings if the evidence of neglect is not there and a scrupulous review of the records coupled with sensible application of the relevant medical malpractice law will often save all parties involved a lot of wasted time and money. The records may show that proposed legal action is futile or may deal a fatal blow to the doctor’s hopes of successfully defending a claim. All relevant medical records which include physician's records, treatment records and emergency room card together with scans and x-rays will have to be obtained.

After obtaining and reviewing the medical records an experienced personal injury lawyer will usually make a preliminary evaluation after consideration of the relevant medical malpractice law and after discussing the records with the client. The lawyer will then send the clients statement of events, a chronology outlining all relevant dates and the medical records to an expert witness who is usually a specialist physician with experience both in the particular area of malpractice and in giving evidence in court. Once any further investigations have been made the specialist will report his opinion to the lawyer who will then make a decision based on relevant medical malpractice law as to whether he wishes to risk his time and money on a lawsuit on a contingency fees basis.

Once a decision to proceed has been made the lawyer makes contact with the third party and their indemnity insurers in an attempt to negotiate settlement on an agreed basis. Physicians insurers are notorious for making potential claimants apply medical malpractice law and prove their case every step of the way and are usually unwilling to make any concessions or make any offers of payment on a ‘nuisance’ basis. Economic considerations rarely come into the issue and insurers will spend very substantial sums in defending claims of relatively minor value. If liability for the claim and its value cannot be agreed by consent then, assuming the time limit for making a claim has not expired, the lawyer will file legal proceedings in court of law and the matter will continue. 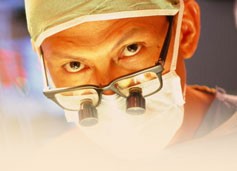 Our medical malpractice lawyers can help you to exercise your legal rights to obtain the compensation you deserve. Our lawyers will deal with your case using a contingency fee arrangement which means if you don't succeed in receiving compensation then your lawyers won't get paid. Our experts have a client centred approach and focus principally on your needs. If you are the innocent victim of a mistake then you may be able to recover compensation. For advice at no cost without obligation just complete the contact form or email our offices and a qualified lawyer will telephone you immediately to discuss your compensation claim without further obligation.

What is medical malpractice?

What does “informed consent” mean?

Can I obtain my medical records?

What does “standard of care” mean?

What is “contributory negligence”?


The author of the substantive medical writing on this website is Dr. Christine Traxler MD whose biography can be read here